Celebrity death – Lafayette Ronald Hubbard, better known as L. Ron Hubbard and often referred to by his initials, LRH, was an American author and the founder of the Church of Scientology. – Wikipedia

Yes, L. Ron Hubbard has passed. If you didn’t know that, you may be shocked and tempted to share this information with your friends on social media. If you already knew he had died, then you know that he died thirty years ago today.

That was awhile ago. Most people know that he died, and at this point people aren’t going to go around their socials saying, “Oh my gosh, did you know L. Ron Hubbard passed away?! RIP. Best author ever.” And yet, this is happening with other celebrities.

We’ve had what seems like a rash of celebrity deaths recently. Big names like Lemmy Kilmister, Natalie Cole, David Bowie, Wayne Rogers, Glenn Frey, Dan Haggerty, Alan Rickman… I mean it just keeps going. And yet, I’m seeing other big names pop into my feeds as well like Leslie Nielsen and Bob Denver. These aren’t hoaxes like ones we’ve seen with other celebrities. They aren’t still alive – just the opposite. They died many years ago. With the cases of Nielsen and Denver, they passed away in 2010 and 2005, respectively.

I’m not quite sure why older deaths are being shared as if they’re new. It could be a combination of things. For instance, if a celebrity dies, people tend to look up other celebrities they’re a fan of. Someone might look up Leslie Nielsen and not have known that he died. Then they share it with their friends, a few other people who didn’t know share it, and so on. It could be shared by the authors or sites themselves. After reading an article about an actual recent celebrity death, it pops up with related articles, which are then shared. It could also be trolls who know very well that these other celebrities died awhile ago, and share it to see what happens.

Whatever the cause, it’s definitely having an effect. Mostly that of informed people becoming annoyed with the uninformed.

Did you know that when you share “breaking” news articles that were written 5-10 years ago that you look like an idiot? It makes you appear that you are either misinformed, oblivious, ignorant, or all of the above. Yes, it is very possible that you had no idea that Bob Denver died. It’s also possible that you didn’t know that Jackie Chan is alive, and that his death was wildly exaggerated. Neither of those things make you stupid. Sharing it with the world makes you stupid. 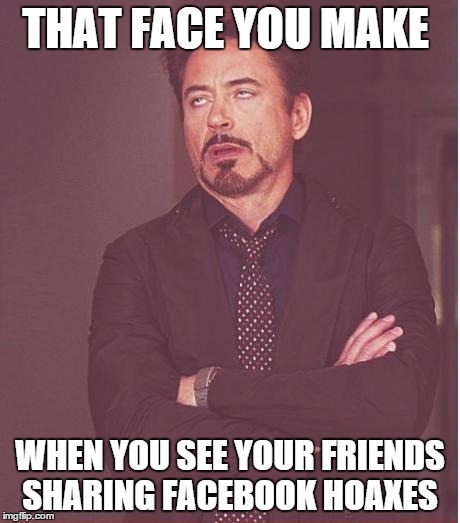 Unfortunately, most adults get their news from social media, and that includes the topic of celebrity death. So when you share an outdated article, it starts a cycle of sharing by people who aren’t paying attention to the details of the article, and are paying attention more to what’s in their news feed. But, there is a way to stop it.

It’s not just relegated to celebrity death. The Stupid-Sharing-Stupid Cycle has to do with normal news as well.

So, here’s how to stop looking like an idiot. Sound like too much work to share an article? Well, you really should be putting that much effort into everything you share, so that you’re not propagating misinformation.

But there’s an easy solution: Just don’t share articles at all.